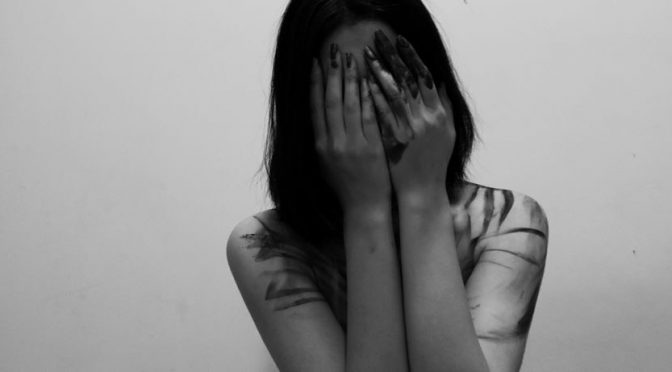 Who will be the next one?

Here in Ritsona, you cannot trust others easily. In fact, you should not do so. To share little and listen carefully seems to be the easiest way to stay safe. You find few people who are honest with you, who can love you and feel your wounds, willing to help heal them rather than put salt on them or mock you. You talk with people, you
laugh, but not all smiling faces are honest or real. There are many pains under the smiles, hidden behind masks.

Here everyone carries within a small world of pain. This is their secret alongside the common and shared pains, which the system, rules, and laws cause. Lack of honesty is the main root of many of our pains. It is the condition we live in, also shaped by our background or by the people around us.

I am a young girl living with my old parents. The reason I am sharing what I have been through is that many are afraid to have their voice heard, to share their pains, afraid to bother others who might not want to hear and know harsh realities.

I know that I am not the only one, the only girl, who has had such an experience. I know there have been many girls who have been suffering from the same pains but have decided to hide them. It is not that they do not have the courage to share their suffering. The fact is that they have not been given voice and support to do so
honestly and safely. They are afraid that their voice, their words will irritate and embarrass them and that they may provoke disrespect and contempt.

A week ago, I went out of the camp with my friend (a boy). When we reached one of the factories close by, he raped me. I don’t know what happened immediately after. I was in shock. I was like a statue: I could not move. When I came to myself, I had just run out of the building. I just wanted to be under a shelter, to be back home, to be
where no one could see me.

Days passed and I started feeling a very acute pain in my belly. I decided to go to the medical unit, to be examined. They visited me and diagnosed HIV infection. I felt
terribly anxious, angry, and exposed.

“How old are you?” they asked me.
“15.”
“We have to inform your parents!”
“I don’t want them to know anything about this, nothing at all, they can not tolerate this. I will solve my problems, but please don’t say anything about it to them.”
“We want to help you. We want to treat you. You cannot get the medicines you need without your parent’s permission.”
“We also have to inform the police.”
“No, I don’t have any complaint, about anyone. If you don’t want me to commit suicide, then help me to close this topic.”

I just wanted to run from there, to escape, to go far, to go and hide. I hated my body and everyone’s eyes, thinking that whoever was looking at me, wanted to break me, or that they guessed what had happened to me. I asked the medical personnel to give me one or two days to change my age on my documents or do whatever else
would stop them from sharing what had happened with my family. I knew that being older would take away my right to go to school, but I had to keep my parents out of it.

They didn’t give me this chance. They just broke their promise and shared the information not with my family, but with many workers who thus learned what had happened to me. Their eyes, their looks were unbearable.

My family also learned what happened to me. They did not talk with me for a long time, neither my mom nor my dad.

Everything is now over, but who will answer for those nights I was cutting my hands with a blade, praying for better days?

Better days have not yet come. I just became stronger, relying less on others and more on myself. I am trying to have a better vision of myself every day, a stronger belief in myself and in my own abilities. I talk more with myself about who I am, and I accept myself. I hope that one day I will become strong enough to stop something
like this happening to young girls and to protect them from the cruelty of others if and when such a thing happens.

To make a safe place for them to share their pain, without being judged, without getting broken and imprisoned for what they have been through.

I know some girls, who have also been raped. However, they don’t want to share with others, especially here, in the camp where everyone can seem like a goat, but be a wolf underneath. It is also possible that some men in the camp can blackmail them and force them to have sex with them.

What has happened, that trust in each other has been broken? Why have pen and paper, writing, the moon, and the night become closer friends to us, rather than people? When will we start understanding each other, rather than blaming each other, for what we have been victimized for?

These violent acts will continue. They can happen to anyone, not only girls but boys too. They will happen without any voice denouncing them, without any outcry.
Everything will happen silently, secretly. Who will be next?