My Father worked in the force in Afghanistan. He had a better life. Two of my brothers finished University. One of them was electrician the other was psychologist. At that time, nobody could go to university because it was expensive.

We had a good life …until the war started. Every day the war got worse, it was very hart in Kabul.

Some people were locking for my father. They said, they will kill him. Because of that we decided to go to Gazni-City. Because of my father they arrested two of my uncles, they tortured them. They tock all of our homes. My father was unemployed then. Before, my father had always helped all of my uncles and our friends, now they helped him. We started a farm and bought two cows. Like that we started our life new. At that time our life took a looping. One of my brothers, from a neighbour-country, he lived in. he said that he was worried about us. He wanted us to go with him to the other country. My father didn’t accept. He called us a lot, he was very afraid for us. After one year he came again. Two times he came to ask us to come with him, finally we had to go with him.

We left in the middle of the night. We were afraid people want not understand.

END_OF_DOCUMENT_TOKEN_TO_BE_REPLACED 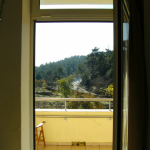 From the beginning until now, I told lies to everyone, nobody knows the reality. I had a good life in my childhood. But than bud luck started. I lost my parents and stayed with my uncle. He started a bad manner with me, he has beaten me and always screaming at me. One year I have stayed with my uncle, then I went to Iran. I was working just to have enough money for food. Until the age of 14 I was in Iran. It was difficult, I could not study nor educate my self in any way.

I made a plan.

END_OF_DOCUMENT_TOKEN_TO_BE_REPLACED

Far from future and a stranger in Europe. We came to Iran and enjoyed being there. I saw the people and their places and all their things. Not only for me, but for every Afghan person their places were good, but most of the Iranian people were not good with Afghan people. Especially the police of Iran, they always wanted to arrest afghan refugees because they did not have other reason.