In TEHRAN suburb the smugglers caught me because I didn’t have money. I had to stay with them during two weeks. After two weeks one of them said: “if you don’t have money you must work for us”. But I asked him: “for how many days will I have to work for you?”. He said “3 months”. “It’s a lot” I said but he told me “it’s not a lot and I started to work in the fields, buildings…
I worked there during 3months and after he told me that I was free. I was happy and then I went to the town.
END_OF_DOCUMENT_TOKEN_TO_BE_REPLACED 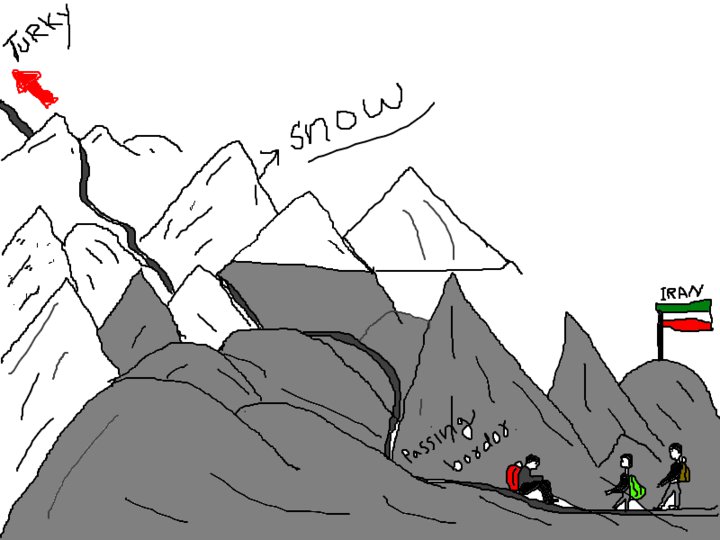 One day I was sitting home and thinking. What should I do? I decided I have to go to Europe. I told my father about my decision. He said it is my life and my decision. He said he would support me as much as possible. His money was just enough for me to reach this country. I left my home 8 months ago. My uncle is in Enlgand. He promised to help me arrive there. Now he does not answer his phone and I don’t know what to do. I have no money left. For amonth I was sleeping outside on the streets. In the night I walked around because it was very cold. During the day I slept for some hours. I am waiting for the call of my uncle. Why does he not call? The only thing I am thinking all the time is that I have to leave this country. I have to leave this country! If I cannot leave this country to another European country, I will return to my family in Iran. It doesn’t matter where I go, I just want to leave from here! I want to go to school again and I want asylum.

END_OF_DOCUMENT_TOKEN_TO_BE_REPLACED

I have had never seen Afghanistan.
This question should be asked from my father and Mather, that they gave birth to me in Iran-
The days go spend but so hard.
For somebody good, and certainly for a lot of people so BAD in every point of view. (Corporeal, spiritual)
My aim was, I found my future in a country that I love. (Sweeden, Finland,”Germany”)
But now, with all the that I struggle had to put out to achieve my dreams, unfortunately I lost it.
And I continue my life with the dream of that lovely country.
But I am not hopeless, and I’m thinking with my whole body the bright future in a darkness city.
I will shot an arrow to the darkness maybe it have an accident to goal.
And I believe it, If I want with all my endeavors I can be succeed.
I never be hopeless…

Far from future and a stranger in Europe. We came to Iran and enjoyed being there. I saw the people and their places and all their things. Not only for me, but for every Afghan person their places were good, but most of the Iranian people were not good with Afghan people. Especially the police of Iran, they always wanted to arrest afghan refugees because they did not have other reason.