Life of a Transgender

I am in Moria Camp.

Being a transgender means not to be of female or male sex, neither man nor woman – but of transgender sex. In a society like Afghanistan, being a transgender person is like being an extra-terrestrial, landing on earth from outer space. In Afghanistan people think of sex binary: only female and male are considered as “normal” genders.

In Afghanistan I used false names. I am Mina. This name gives an understanding that I am a girl. Yet, every day, during my whole being, my soul screams: “I am not a girl! Don’t cover your self with these clothes.”

I was born, in 1992, in Mazaresharef, the western province of Afghanistan. Being a girl in such a society carries guilt. Being a transgender born as a girl carries double guilt. So when I realised that I was not really a girl, my life became a nightmare. I felt myself separate from everyone, not belonging to any of the dominant sexes. Although I had a female body, I wanted to be with boys, behave like a boy. Playing with them, learning with them, speaking with them was pleasant for me.

END_OF_DOCUMENT_TOKEN_TO_BE_REPLACED 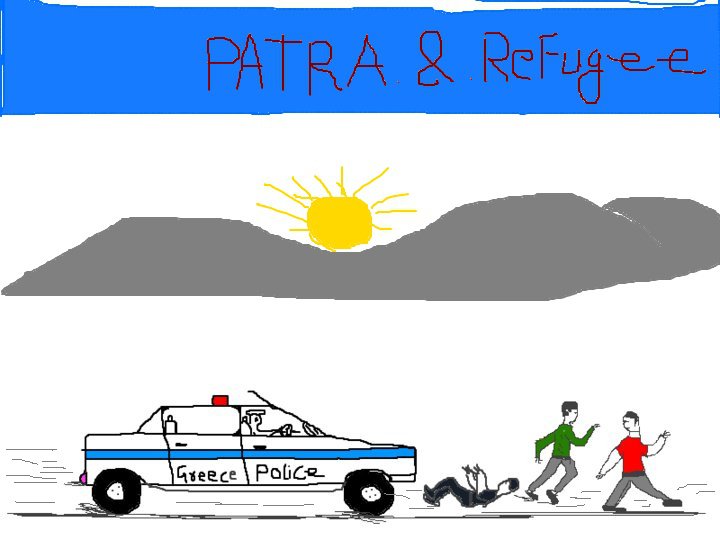 Any time they stop me they took me to prison for one or two weeks
Take the fingerprints ,I don’t know why. Now I have five or six papers. I have fingerprints in Mytilini, Patra , airport….

I stayed in Patra for 8 months! I tried every day! Florina near the border and Thessalioniki I have five or six fingerprints unfortunately.

They kept us about one two weeks then let us. They told me you have to go to your country to Afghanista. In told them i spend 4 or 5 thousand Euro to escape why I should go back? I cant.

In Florina we where there to go to Serbia after Hungary but they persuade us to sign a paper that shows that they are going to deport us to Afghanistan ,they told me if you are not going to sign it we are going to keep you here for one year (in prison in Florina).
Unfortunately I dont have a copy of this paper.

The paper was in persian language. It was saying that we want them to deport us to Afghanistan,our photograph, our name.
They told us they send it to Belgium to the embassy they are going to make us a passport and deport ourselves. That was 8-9 months ago.
I am in Athens sinse a long time, a friend of mine just arrieved… 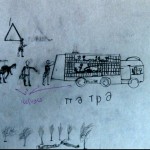 Patra is about refugees. We need to go to Patra to enter Italy. For us Patra is very difficult and very dangerous because there is a lot police. The police is a big problem. We try to hide inside the trucks to get inside the ferry to Italy. If the police find us they will beat us , also the drivers. They will ask about our papers. If you don t have they take you to prison, sometimes for more than 3 month. They don t care if we are under-age.

I was in Patra. to go to Italy but I did not have money. I was compelled to go under the truck. Twice I dried and then the police found me but I was able to escaped. The two police men followed me, suddenly a third police men appeared in front of me. He beat me and I lost consciousness. When I woke up again they had already handcuffed me. They asked me for me paper. They took me to the toilet and the four police beat me so much that I was unable to walk. My body became black and white, I had no money to go to hospital, i had no one to help me.

Since one year half i am in Greece.

I was sitting in a park in Athen , the police came to me, ask me about my paper, I gave it to them. The police took me paper, although there was no problem with my paper they scrunched it up. He told me to open my mouth. I opened my mouth and then he insert the paper to my mouth, they pressed into my mouth. and then he hit me with a stick and with his foot. He threatened me , when he see me again he will handcuff me and take me to the prison.

When you have no money for food ,but youget food you have to be careful to eat little otherwise your stomach ishungry soon again because it got used to food.